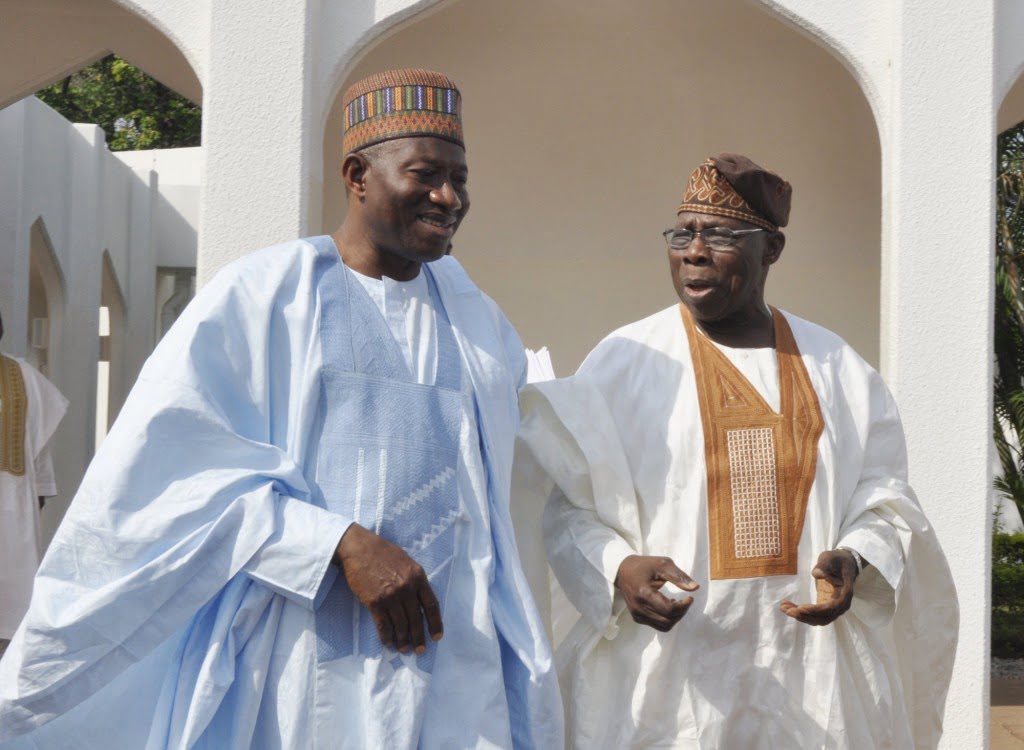 Former presidents, Dr. Olusegun Obasanjo and Dr. Goodluck Jonathan were absent at the Eagle Square venue of the second term inauguration of President Muhammadu Buhari and his deputy, Prof. Yemi Osinbajo, on Wednesday, May 29.
Obasanjo, who had vehemently opposed Buhari’s re-election bid and Jonathan, a leader of the main opposition Peoples Democratic Party, PDP, shunned the event attended by the nation’s political and religious top shots.
At the time of filing this report, no reason has been given for their absence.
However, President of the Senate, Dr. Bukola Saraki and the Speaker of the House of Representatives, Yakubu Dogara, also members of the PDP, graced the event.
The Federal Government, through erstwhile Minister of Information and Culture, Alhaji Lai Mohammed, had earlier announced that the inauguration would be low key.
Mohammed had said that the major events that would have been part of the inauguration have been scheduled for June 12 which has now been declared Nigeria’s Democracy Day.
DAILY POST had earlier reported that Buhari and Osinbajo were sworn-in at the Eagle Square, Abuja for a second term in office amid tight security.
President Buhari and Osinbajo defeated Alhaji Atiku Abubakar and his running mate Peter Obi in the Feb. 23 election and were declared winners by the Independent National Electoral Commission, INEC.
Other notable figures at the swearing-in ceremony were: Outgoing cabinet members of the President; former Governor of Akwa Ibom State, Godswill Akpabio; Governor of Ekiti State, John Kayode Fayemi; former Head of State, General Yakubu Gowon; Service Chiefs, international guests, amongst others.