Some of the Super Falcons’ players were in tears, after their place in the 2019 Women’s World Cup Round of 16, was confirmed on Thursday night.
A clip which has gone viral, shows the ladies jumping out from their various rooms and celebrating with head coach, Thomas Dennerby and his backroom staff.
The Nigerian players hugged and patted each other before some became very emotional.
The Falcons will take on Germany on Saturday, June 22, following Chile’s 2-0 win over Thailand. It ensured they progressed as one of the best third-placed teams along with Brazil, China and Cameroon.
Nigeria lost 3-0 in their opener to Norway, before beating Korea Republic 2-0 to claim their first win.
They then lost 1-0 under controversial circumstances to hosts France in their last Group A match. 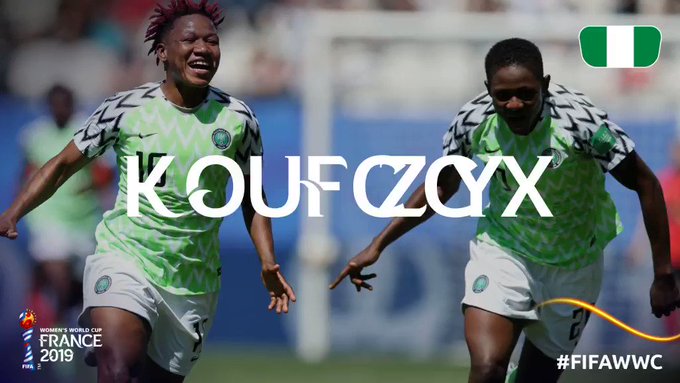 1,784 people are talking about this