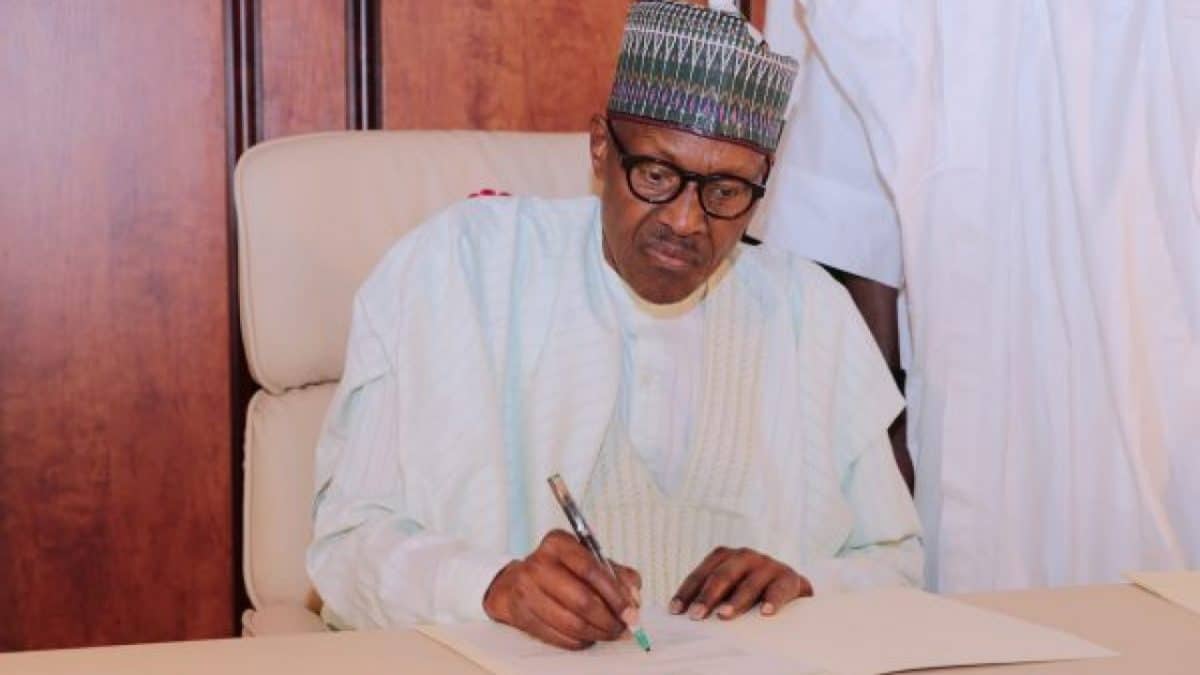 President Muhammadu Buhari, on Monday, constituted an Economic Advisory Council (EAC).
Buhari, by the development, rested the Vice President Yemi Osinbajo led the Economic Management Team (EMT).
The presidency, in a statement, Monday, said the EAC will have monthly technical sessions as well as scheduled quarterly meetings with the President.
“The Chairman (President Buhari) may, however, request for unscheduled meetings if the need arises”, it said.
The new council announced on Monday listed Prof. Doyin Salami – Chairman; Dr. Mohammed Sagagi – Vice-Chairman; Prof. Ode Ojowu – Member; Dr. Shehu Yahaya – Member; Dr. Iyabo Masha – Member.
Others were Prof. Chukwuma Soludo – Member; Mr. Bismark Rewane – Member; Dr. Mohammed Adaya Salisu – Secretary (Senior Special Assistant to the President, Development Policy).
Osinbajo led EMT, which brainstormed on the economy and advised the president, comprised the following: Minister of Finance, Minister of Budget and National Planning, Minister of State for Budget and National Planning, Minister of Industry, Trade and Investment, Minister of Agriculture, Minister of Information and Culture.
Others are Governor of the Central Bank of Nigeria, Special Adviser to the President on Economic Matters, Director-General of the Budget Office, Director-General of the Debt Management Office and Director-General of the National Bureau of Statistics.
Meanwhile, Many Nigerians have hailed the EAC composition and President Buhari.
They expressed optimism for better results and urged the team to prove their worth.
@DrRafiqRaji: The Economic Advisory Council (EAC) should not waste any time. In any case, the members are all sound. If they are given the necessary political space and cover, it is almost certain they will succeed.
@BBoason: About two (2) months ago, I requested here on twitter that President @MBuhari sets up an all private sector led Economic Advisory Council. Mr President just did. He also scraped the extant Economic Management Team. New team reports directly to Mr President himself.
@Ogabs20: Now that @MBuhari has set up a strong Economic Advisory Council, the next step is to also set up a security Advisory Council.
@MoghaluKingsley: I commend President @MBuhari on his appointment or a new Economic Advisory Council to replace the Economic Management Team. In my book Build, Innovate and Grow (BIG) where I laid out a vision for Nigeria, this was exactly my recommendation on page 273. Glad it has been heeded.
Akin Oyebode: Very pleased with the newly constituted Economic Advisory Council constituted by @MBuhari. That’s a proper team, hope he listens to them.
@Netsry: I think the new Economic Advisory Council (EAC) of the Pres. Buhari administration has some of the best we have in this country. I expect them to be very proactive and productive in their advisory role, so as to move the nation forward.