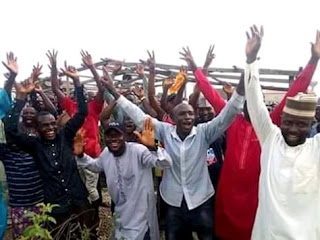 Tafa local government has the potential to context with major cities in federal capital but many are not seeing this potential  from a progressive angle the just prefer the former glory.

One thing that is laughable about Tafa is that  almost all the politician have common slogant
I AM THE GOVERNORS CHOICE
range from the highest political asparant to least will intimedate the taming uninform that he is the governors candidate. Who does that in this century
When we are suppose to be checking performance and manifeso we are now killing our politics with Governors candidate every were.
Question is must governor approve you before you win? Why are we doing election if the Governor has choice
STAKE HOLDER MENTALITY
This is supposed to help us but is killing us instead politics is a game of number but  in Tafa the stake holders are the determining factor this of course is  a historical time bomb. Nobody is disputing the fact that the stake holders are the key players in the process but when it get to the point where the electorate lost confident on their vote it become an abuse of franchise.
Tafa stake holders should provide a level play grand  for these  who are interested in political office. Every one should be given a chance to display what they have to offer not a rubber stamp system or a remote controlled system.